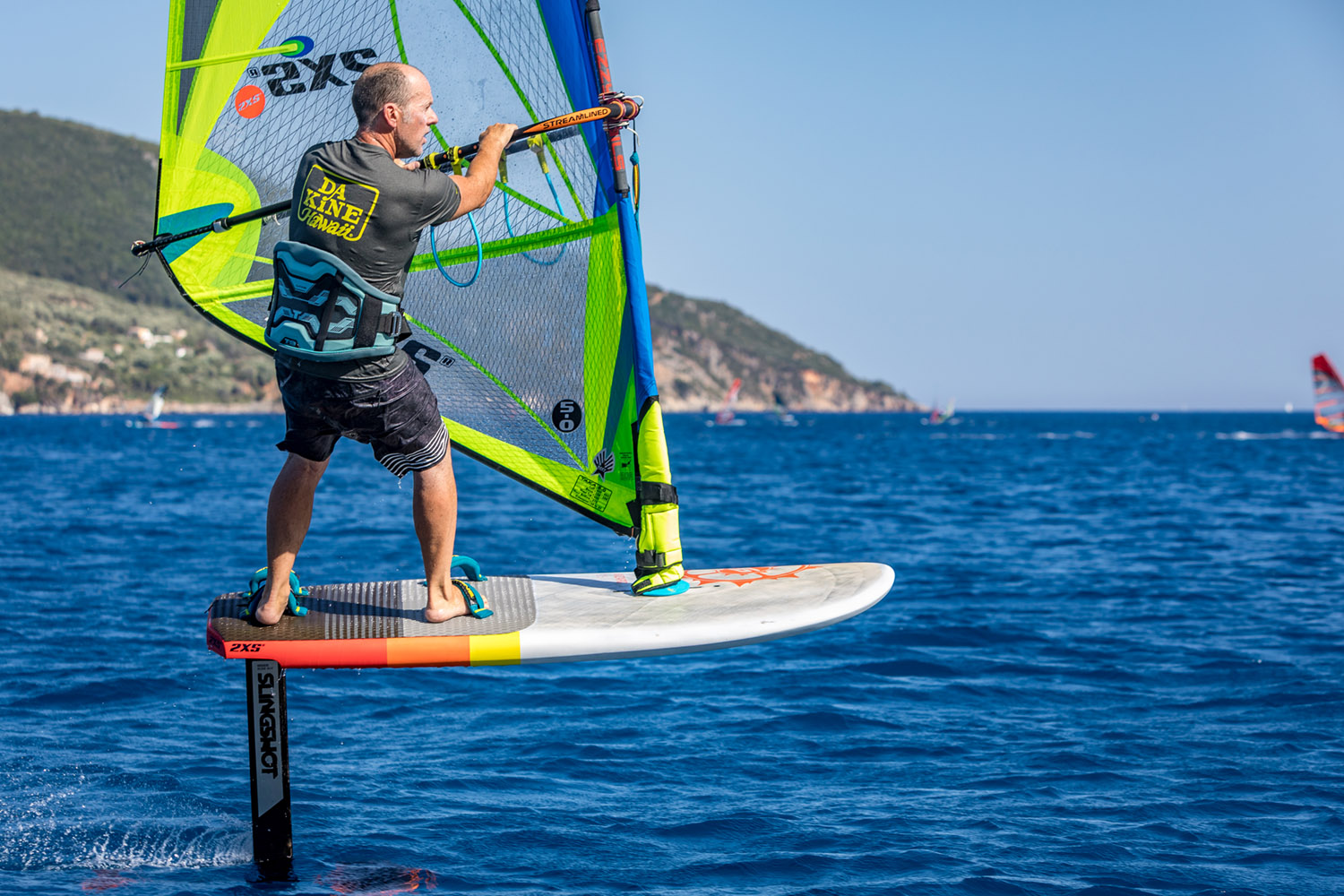 Windsurf foiling and/or Wing foiling – what is the crack?

There has been a lot of development in foiling, especially with the 2019 introduction of Wing foils – we get a lot of questions why would you wingfoil?  Well I suppose foiling “full stop” is a new sense of adventure on the water – it changes a day where conditions might not be perfect to a day where you can glide effortlessly over the water and it feels very different from regular windsurfing, SUPing in waves and surfing.

I think foil gliding feels much more like riding in powder.  I think the advent of windsurf foiling with the right equipment you can get planing in under 10 knots – but this comes at a slightly higher price than the wingfoil set up.  Wingfoils tend to operate in 14-25 knots – there is less equipment and its advantage is once you get the foil up and planing you can ride bumps and swells more like a surf foil.

In the pictures you can see myself windsurf foiling in Vass this summer;  Neal Gent using the new Ozone Wasp here at West Wittering with a JP custom and Anderson foil; and Nik Baker using the Duotone Wingfoil and the Fanatic Aero 2000 foil/Sky SUP foilboard 6’3.

Come down and test out the new Wings and foils here at 2XS, West Wittering – we have the Ezzy Hydra foil sail; Duotone Wingfoil, Slingshot Slingwing, Fanatic Sky SUP 6’11 foilboard and the Aero 2000 foil.