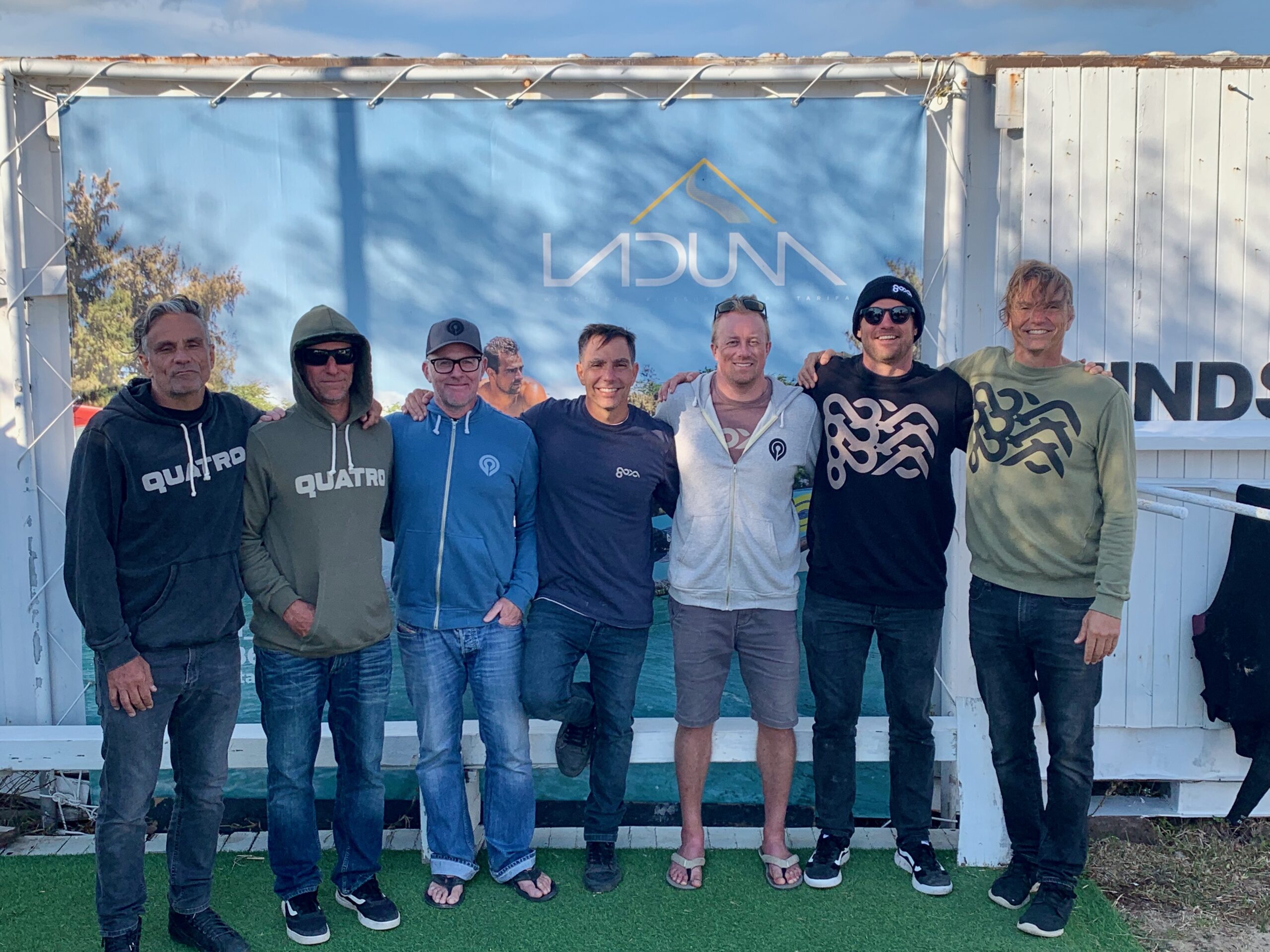 Further to my sneak preview of the 2022 line from Goya, Quatro, MFC and KT back in November 2021 (see news post) this was the official launch with the Team from Hawaii.

I went to Tarifa, this time with Jon Stevens, who was going to give me a different opinion on some of the gear and listen to the many presentations of the development and design process of the new 2022 gear.

We were lucky to have Francisco and Lalo Goya, Keith Teboul, Pio and Adam Lewis who had all come from Maui and Andy Chambers, Boujma, Alex, Guillaume and Mateo from the Tarifa HQ.

I suppose because we had seen the windsurf sails and boards previously the big launch at the event was the KT line of foilboards including the Wing Drifters and the prone foiling equipment that has been brought into the KT Surfing line up and the new step tail Ginxu wingfoil and pronefoil board.

The Ginxu is a new concept in foil boarding where KT has developed this board shape to have more direct connection with the foil and a faster ability to get up on the plane due to the nature of the shape.  This idea has been under wraps for the last 18 months and there has been a close development with KT and Kai Lenny.  The board feels like a smaller board because of the reduced thickness in the tail section.    Built in a windsurf type of construction, you can jump the hell out of the Ginxu with no fear of it breaking!

The KT Wing Drifter boards (formally the Quatro Wing Drifter) have had modifications to the 2022 boards – the deck profile has changed, new sizes have been introduced and the boards come with a Y set of strap positions and deck handles in bigger sizes.

KT have also launched a new wing line called the KT Wing Air – this has been developed with Jason Diffin and as you expect from the Goya sail designer it has some nice features including a long front strap which gives you a easy control and ability to change your angles of attack on the wing,  the Wing Air is also super light but with plenty of reinforcement – it is a twin chamber design so the leading edge is separately inflated to the centre strut.  The Wing Air comes in 2 colourways even the bladders are the highest grade TPU and are velcrod in so they don’t drop out of position.

We also saw a newly designed hydrofoil wing which is more of a medium aspect wing designed again by KT.

Photos of the new 2022 KT wing foil boards and wings in Tarifa.

Photos of the new 2022 Goya and Quatro windsurf gear.